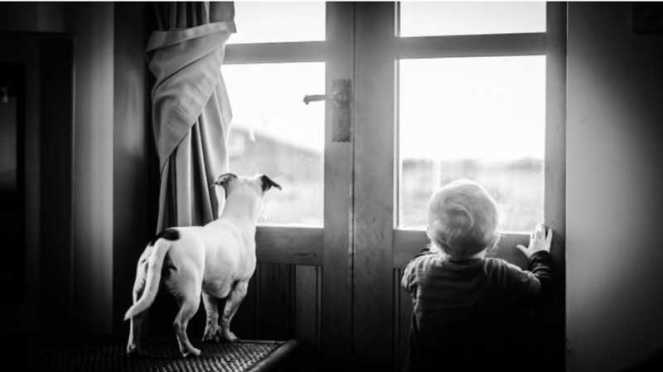 Staring at the picture, her heart skipped a beat.

She vividly remembered the first time she had laid eyes on it. It wasn’t a very long time ago, but now it felt like an eternity.

From the start, he had been so very mysterious, and in a way, it was one of the reasons why she had fallen for him.

That night, she thought she had finally cracked him open… As she lay on her couch, he had left the warmth of her embrace to get something in his bag. It was an old photo album.

For hours they had gone through it, and he had told her about his life, while she cuddled against his chest. She couldn’t understand why a man with so many epic stories was so secretive about them. And that cute puppy staring out the window by his cute blondish silhouette was Skip, the first pet that he had known.

A few days later, when she had risked the three forbidden words, he had vanished from her life.

Heartbroken, she had searched him for weeks, but he had never told her where he lived, or what he did for a living, and to her knowledge, he didn’t use any social media.

Now, she doubted he had even given her his real name…

In the decoration aisle of the superstore, she picked up the frame. How could she have been that stupid? Mystery really was massively overrated.