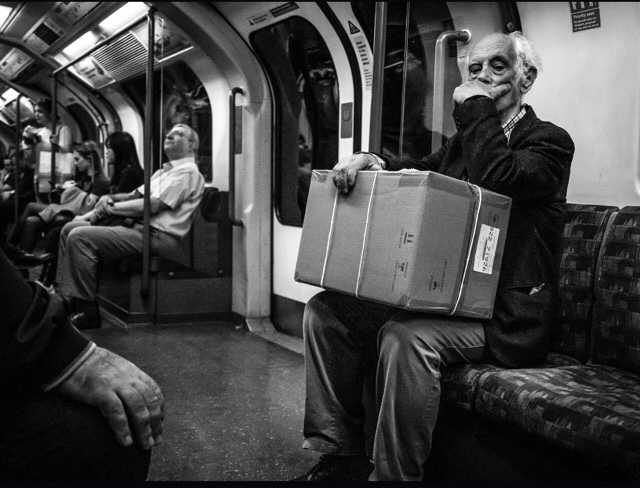 Looking up to the subway stations’ map, he suddenly had a doubt.

It had been years since the last time he had used this way of transportation, and it had considerably changed. Or maybe it was only him… He didn’t remember the wagons being so crowded, or the train going this fast.

It really was a bit confusing.

He counted the stations once more. Only five more stops and he would only have a short walk ahead of him, before finally getting back home. It had been a long travel, all the way from… The large lady sitting next to him suddenly stood up, accidentally knocking him with her purse as she walked towards the sliding doors.

Four more stops, or was it five? He looked up at the map, again.

When the train entered the next station, he noticed that many security agents were waiting on the docks. He wondered what had happened to cause such a deployment. The men and women in uniforms walked closer to the subway as it slowed down, obviously scanning through the passengers, and he held his box tight, thinking there might be someone dangerous in the wagon.

He looked left and right, trying to guess which of his fellow travellers had caused all of this. The doors slid open.

Mr Stanley Ross? I’ll ask you to follow me, please.

Stanley stood up, confused, after letting the man pick up the box from his lap.

Mr Ross, your senior home contacted the authorities when you went missing… I’m guessing these – looking at the box – are your personal belongings? Let us bring you back home.

Stanley hesitated, and held a hand out, accepting the help.

My Tweets
Join 3,405 other followers