No, I wasn’t joking with this Flag Contest.

I am aware that I say a lot of silly things, and do a lot of goofy stuff in The Cove. I might even have lost all eventual credibility as a serious writer in the future, because of that. But blogging is about having fun (unless I start getting a regular paycheck, the least I should expect is to enjoy my time here, right?)

So, for people who haven’t followed this Flag thing (you can catch up here and here!) here is a (short) resumé of what happened previously!

A couple of weeks back, I was having a little chat with Sonofa, because, that’s something we just like to do. And we started talking about a loose-screws club we both felt we could be members of, if it existed, of course.

Sonofa went a step farther, wondering what that club’s flag would look like… If there was such a club of looneys, and if they had in fact, a flag.

But there was no club, and no flag, and someone (Sonofa) said “I dare you”, or something like that, and before we all knew it, this contest was online! Now, I got some subcriptions, and you all can give your opinion, and vote in the comment box. I’ll leave until February 1st, midnight, Montréal time, and announce the winner on Friday the 2nd.

Get ready for the least exciting winner announcement EVER. (votes will be in the comments below… no big surprise! Unless you’re really bad at adding numbers, then I promise you’ll get your money’s worth from this magical unveiling of our winner and his/her glorious flag!!)

But! I will, as I already promised when we started this madness… I will have 2 copies of the winner’s flag made (Yes yes, real flags, that you can hang outside, or inside, or not hang but carry around… I think I’ll wear mine as a cape! Really, it is up to you… ), one for me, and one I’ll have delivered to the winner’s door!

So here are our contestants… 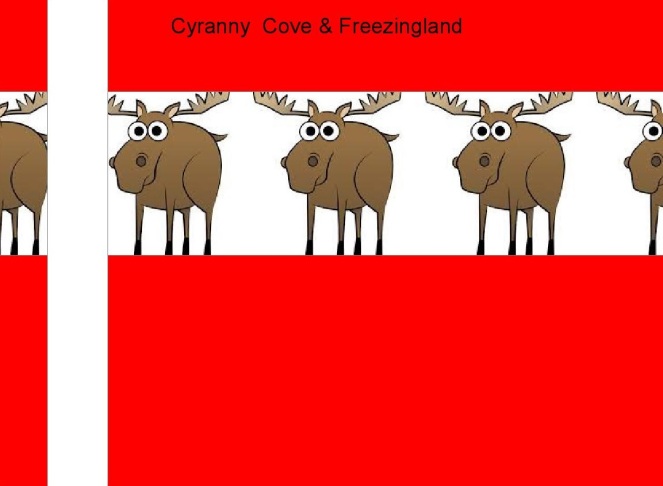 So what are you waiting for? Please leave your final choice in the comments 🙂