Twenty two years ago, Montréal was recovering after the worst natural disaster the province have experienced, ever. The ice storm that lasted almost a week long, and left 100 millimeters of icy rain behind (more than double the average total of icy precipitations for a whole year) paralyzed Montréal and many other cities around.

Hundreds of thousands of people were left without electricity for weeks (some for over a month), and the damage to power lines, buildings, trees and others rounded around 5 billion dollars.

Here are just a couple of pictures, to give you an idea… (Borrowed from the Internets) 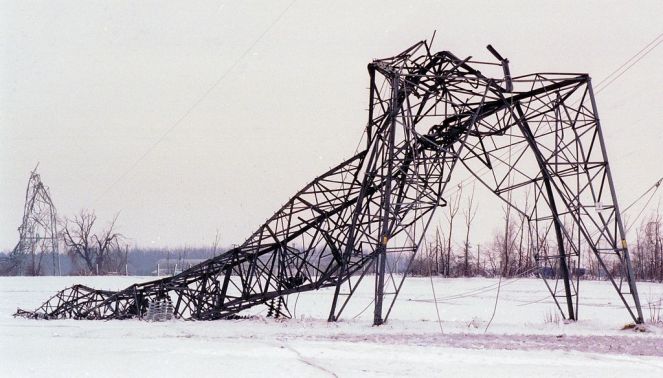 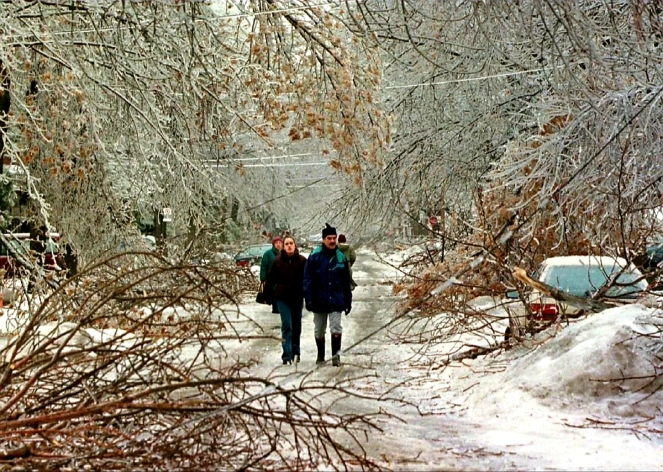 Little walk in a Montréal neighbourhood after the ice storm…

A couple of days back, the weather people started announcing a major ice storm for last night. TV news recommended that we got ready, not comparing the storm that was coming to 1998’s… But still.

Just in case, I made sure that both Chéri and my cellphones and tablets were fully charged, we changed the flashlight’s batteries, took out extra candles, and we went to bed expecting to wake up in an electricity-less home. 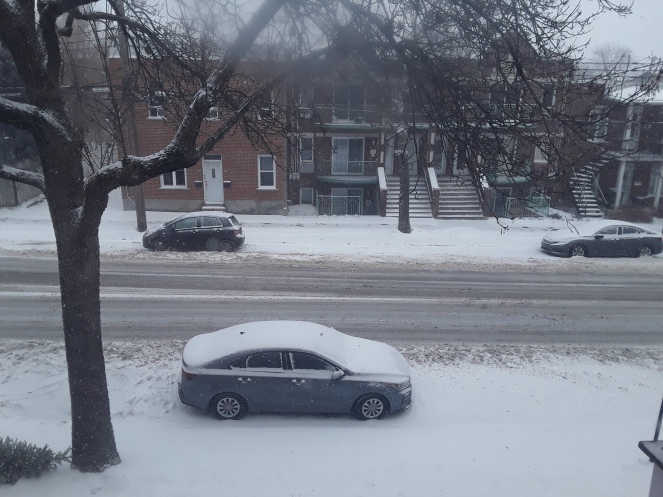 Nothing out of the ordinary. It was almost disappointing. I think weather people just don’t want to be blamed for unexpected storms anymore. They’ll get us on our toes for any sign that a storm might maybe somehow eventually be on its way.

Anyway… We survived, and all in all, that’s a good thing, right?

13 thoughts on “We have survived!”