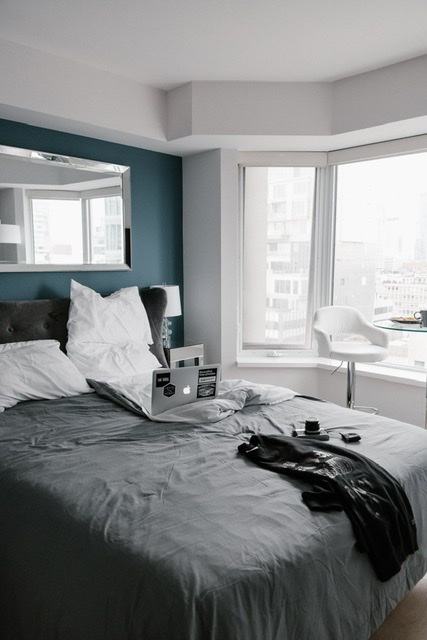 Forcing the door of the chic condo, the two officers walked in, holding their guns nervously. They could have heard a fly buzzing around. Of course, they didn’t expect her to be waiting for them legs crossed, sipping on a glass of fine white wine.

Gerry was febrile. After catching her, he would finally be able to retire at the peak of his carreer, and enjoy some quiet family time.

You take the kitchen, I’ll check the bathroom!

The bitch’s business was over now. After investigating her for years, he had traced her back at long last. He hadn’t counted the hours spent chasing after her. The bathroom was clean, not that he thought she would try to hide in the glass paned shower.

Bathroom’s clear, how about you Frank?

Frank confirmed that the kitchen was bitchless too, and they entered the last room left, full of hope. She wasn’t a serial killer, of course, but she was in the top ten crooks of the decade, and he wanted to put her behind bars so very bad.

She couldn’t be far… Her laptop still lay on the bed, as did her camera. If she had fled the flat before their arrival, she hadn’t even grabbed her black coat that rested on the bed’s footing.

Look under the bed, Frank!

Gerry looked around, for a balcony, or a closet where she could have hidden.

Gerry stood in disbelief. They had seen her enter the building… They had gotten her adress from credible sources.

Hey!! What’s going on here? Who the Hell are you?

A woman stood in the doorway, another woman.