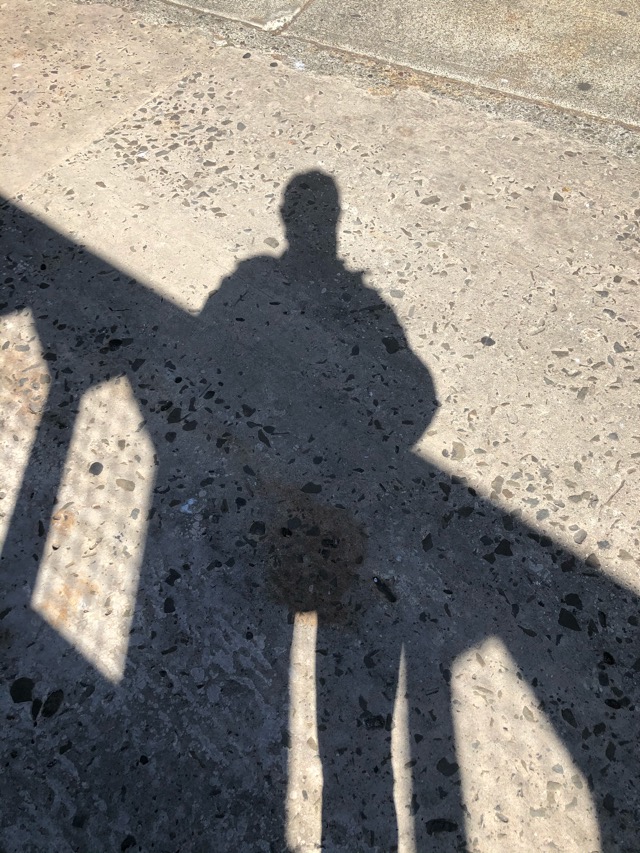 He suddenly wondered how long he had been waiting there.

His shadow was slowly getting longer on the sidewalk below him, sign that the sun was setting. He was right where they had agreed to meet. Of that, he was absolutely sure. And she had insisted in meeting him there… It was her own idea, and he couldn’t believe she would ever stand him up.

Maybe her parents had heard of their supposedly secret encounter. No, that couldn’t be it. They both were so discreet. After all, they had nothing to be ashamed of. They always were on their best behavior, when they met outside of church. He had nothing but loyal intentions, the only reason behind their secret affair being the gap between her parents’ wealth and his modest origins. But he was working his fingers to the bone to give her everything she deserved. He would make it, someday….

Suddenly, a frail silhouette appeared next to his. He didn’t want to turn around just yet, enjoying the sweet curves and the curly hair catching in the chilly wind. He anticipated the great feeling of that tingling along the nap of his neck, when she would finally nestle in his arms again.

He felt confused. Dad? The voice felt familiar, but it had to be a mistake.

Found who? Dad? Who was that? Who was Jack? He turned around to face a disturbingly close version of the young woman he had been waiting for. A gentleman was running their way too. Jask, he guessed.

The girl surprised him with a warm hug. She was crying…

Dad, the nursing home has been looking for you for hours! How did you even get here? You really have to stop running away like this.