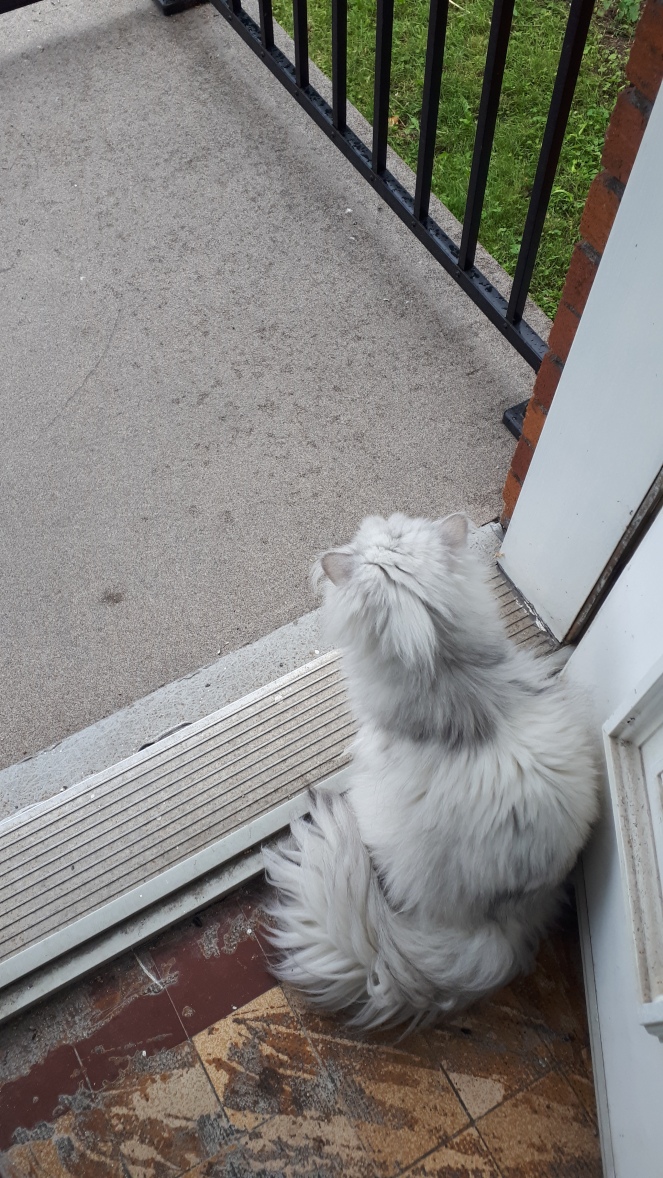 If you’ve ever adopted a cat, you know that one of their favorite hobbies (after eating, napping and repeating) is to make us humans do useless stuff, for them.

Yesterday, Chéri travelled to Trois-Rivières (home town of both our parents) because his father suffered from a stroke last weekend, and since we are finally allowed to leave Montréal, well… It was just the thing to do.

Freja spent most of the evening waiting for him by the door… In vain.

This morning, Chéri (Papa for Freja) still wasn’t anywhere in sight, and she was probably starting to think that he had abandonned her. And just when her distress was peaking, I got dressed and left the apartment too! I know, that’s cruel, but I had my second appointment to get vaccinated (which Freja didn’t understand at all… For her last vaccine, the vet AND her assistant had to wear leather gloves that went past their elbows, and I was still scared for their lives… So yeah, Freja doesn’t get why anyone would go anywhere to get vaccinated on purpose!)

When I got back, she had a plan.

Our apartment has three balconies. Two on the second floor, and Miss Freja has access to both pretty much anytime she wishes. So, obviously, she needed to go check out the downstair’s balcony because… We had turned her whole world upside-down, and I owed her big time.

So she ran downstairs and made her point. And since I am a well-tamed mom, I decided to grant her access to said balcony. The above picture could have been a two or three minutes long video. Just like any other cat, she sat on the doorstep and didn’t seem to be interested in either getting out, or getting back in.

Then suddenly, there was a little movement.

It was subtle, but I have quite an eye for this. Freja scanned our neighbourhood with great interest, not caring to step forward. As much as I wanted to please her, I didn’t have that much time to kill watching her basically not doing anything (but not doing it on the usually forbidden doorstep). I (politely) suggested that she either took her little walk outside, or came back inside so I could close the door. 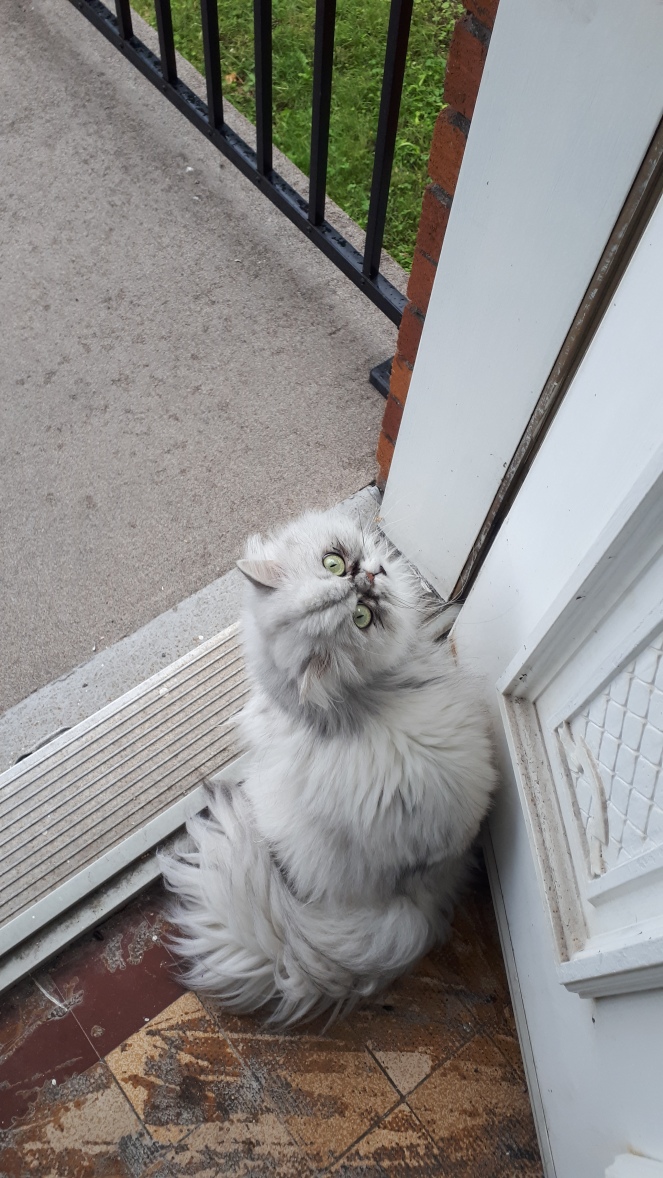 There was some judging. Who was I, to disturb Miss Freja’s doorstep meditation on the neighbourhood? We had left her all alone for almost two hours straight, after all. So I gave her a couple more minutes of not-doing-anything.

But I had stuff to do and obviously she didn’t, so I insisted. 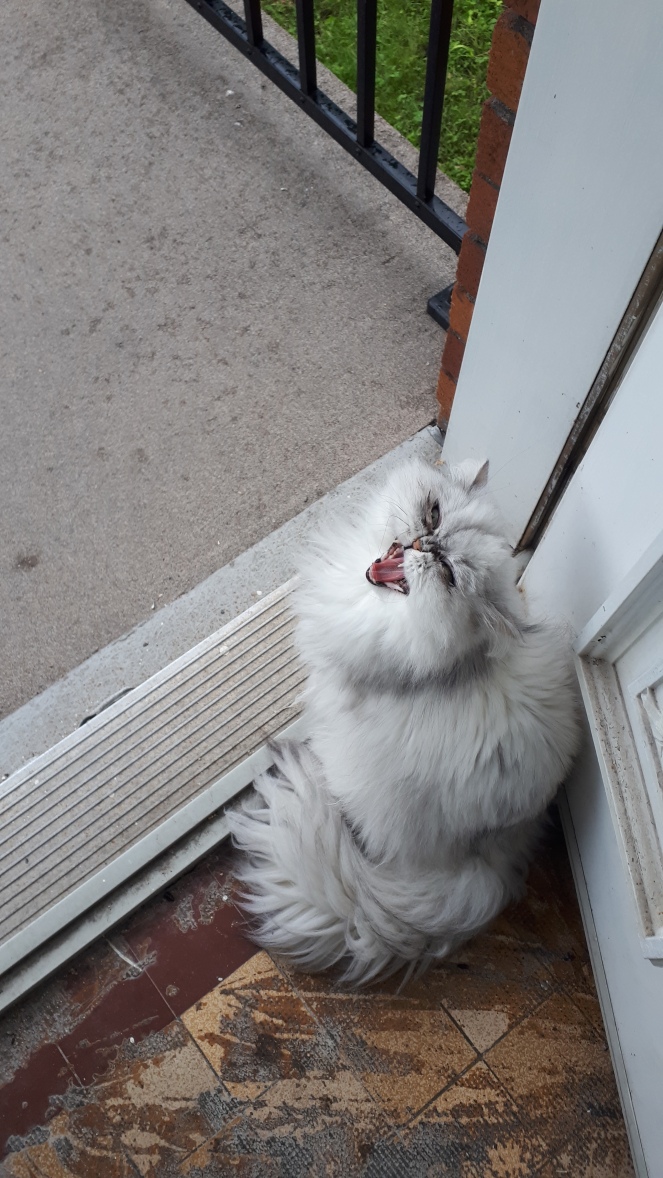 8 thoughts on “Almost on the balcony…”