That feeds you. It’s a classic, but there are still some who couldn’t care less about the old adage. I’ll tell you more later on…

I’ll come back with pictures of Sydney and Melbourne soon. I just felt like skipping a couple of days to get to the amazing five days camping gettaway Miriam and her husband have put together just for us.

Up to the moment we got off the train taking us from Melbourne to their home town, I couldn’t really believe the four of us was embarking this unusual adventure. I mean, meeting with someone from the other side of the earth for a drink, or a meal is one thing. Getting ready to spend almost a week, day and night is quite another. I was a tiny little bit worried that it might get awkward at some point.

But as soon as I spotted Miriam on the platform, I knew it wouldn’t be weird at all. From the very start, it was like being reunited with good old friends, and after a short stop to their house to get a couple of last minute things for our trip (but not the banana cake, right Miriam? Mouahahahahahaha) we hit the road.

We had lunch on our way to the Grampians, and I probably wouldn’t mention it, if it weren’t for our host’s attention to little details.

Our first stop was at Halls Gap Lakeside Tourist Park. Now, I am no camping expert, but I knew right away that we were somewhere very special. Halls Gap is called ”The Heart of the Grampians” and there’s a good reason for that. It sits right in the middle of the tall mountains.

While Miriam and Doug were starting to set up our camp site, I walked around with some bird seeds, wondering what were the odds of me actually getting to hand-feed anything with feathers… When a big cockatoo landed at my feet.

I sat down on the ground, and opened my bag. Little did I know that cockies were like our seagulls, and that once one of them finds food, the whole flock follows! Within a couple of seconds, I was covered with hungry cockatoos. 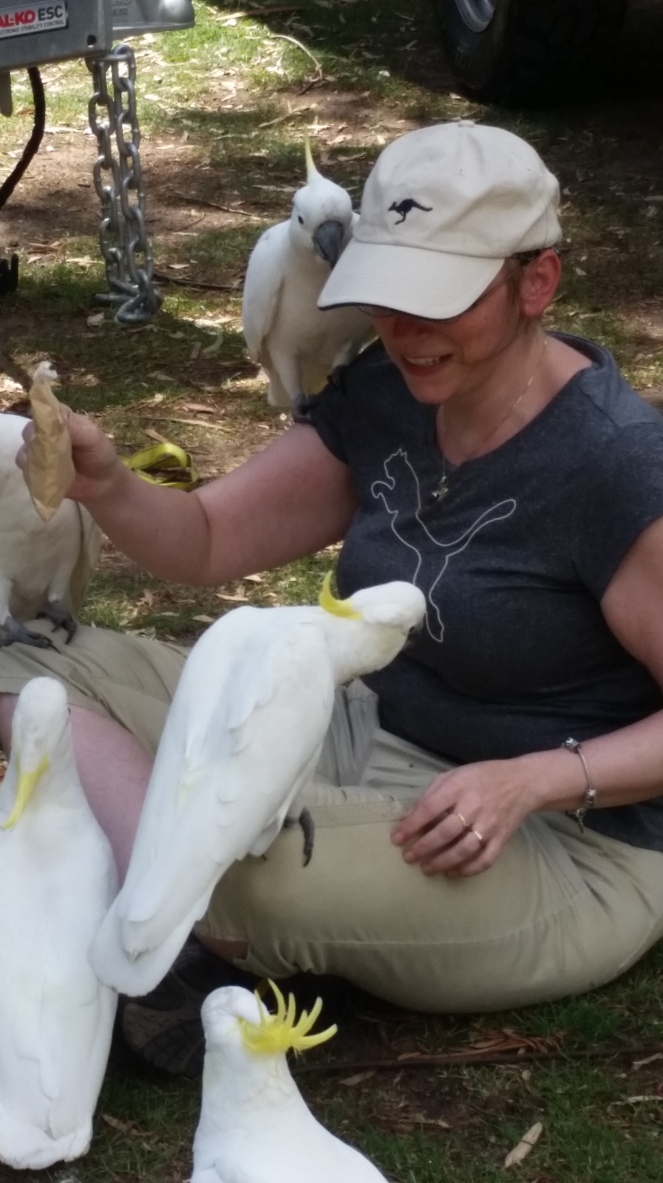 Unfortunately, I proved to be too slow to provide said seeds, and the hungry birds quickly turned into angry birds, and an ”Aouch!!” resonated on the camping lot. That was me, holding a blood dripping finger in the air, definately done with feeding anything else for the day!

Update (mainly for Doug)… I don’t think I’ll even keep a little scar!

Now very badly handicaped (LOL) I stuck to giving a little hand (LOL) setting up our camp. For those of you who think that camping rhymes with lack of comfort, I’d beg to differ…

Once we were done, it was time for our very first hike to the mountains. We cheated a little by driving almost all the way to the top, but I was still freshly injured! 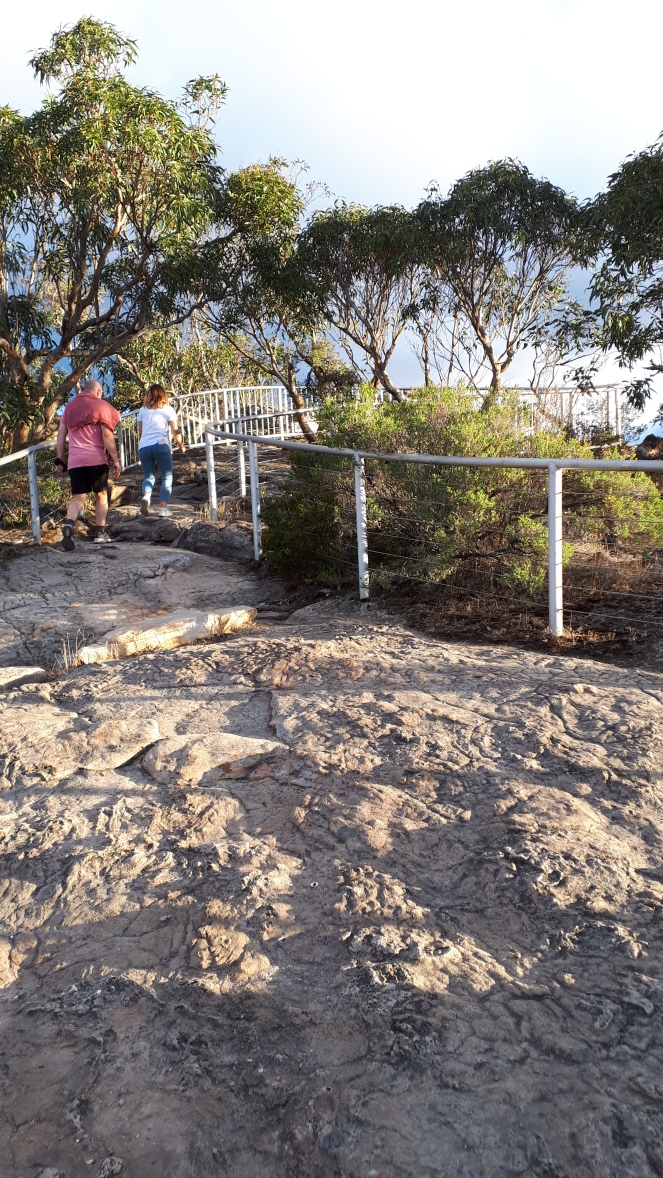 We also had to come back to the park quickly enough to have dinner, because we then had an appointment with the stunning sunset! 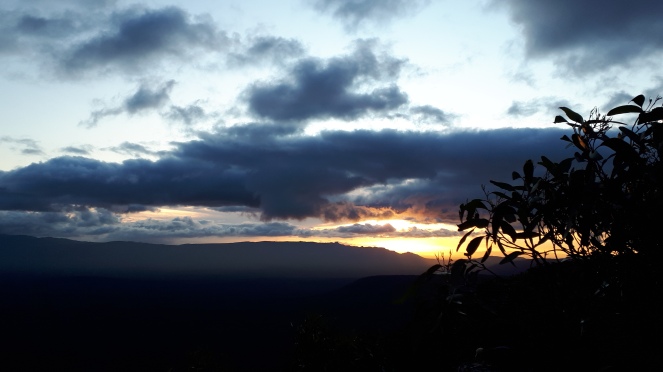 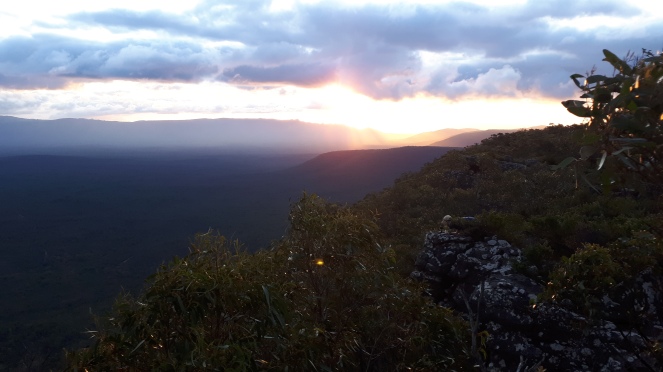 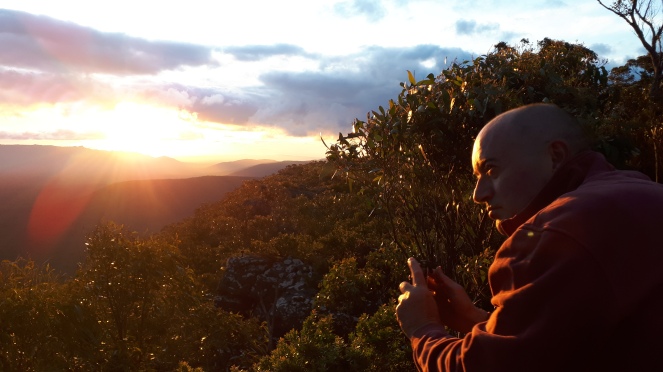 And that was just the first day…