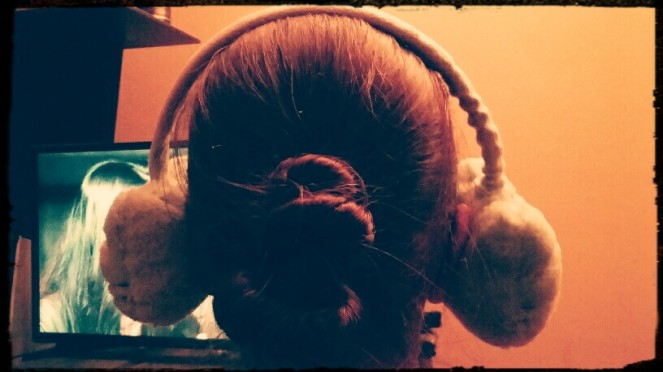 Sometimes, Life’s little surprises are all about the attitude you welcome them with.

Last Sunday, as J and I were waiting for the metro that would take us back to my home, an elderly man walked to us.

I don’t think the metro is working!

I was a bit surprised by his intervention. I mean the traffic is often delayed or not working at all, but it was more the way he had said it, that tickled my curiousity.

Oh? And what makes you say that?

His eyes sparkled as soon as I asked.

Because…  I saw it earlier, and it is all blue! (Montréal’s metro wagons are all blue)

The joke was pretty lame, but he seemed so happy to catch me with the twist, that I started laughing wholeheartedly. J joined me, and we laughed, and the old man walked away, all smiles, after giving us each a polite nod of the head.

I was about to make a comment to J, saying that this had been special, when our improvised stand up elder came back.

Would you say I delivered it well?

This time, it is J that talked first.

You sure did, Sir. You nailed it!

No weird tone, no suggested irony. I knew J had found the joke lame too. But she sounded really honest, and the old man walked away, rubbing his knotty hands together, obviously proud of his performance.

We could have reacted, thinking ”What a loser!” or simply ”WTF?!”

But we played along, and I think we both felt it was quite endearing. And that man walked away feeling good about himself. Just for that, it was worth being a good audience!

When I turned around, he had disappeared.

Almost leaving me to wonder if it even happened.