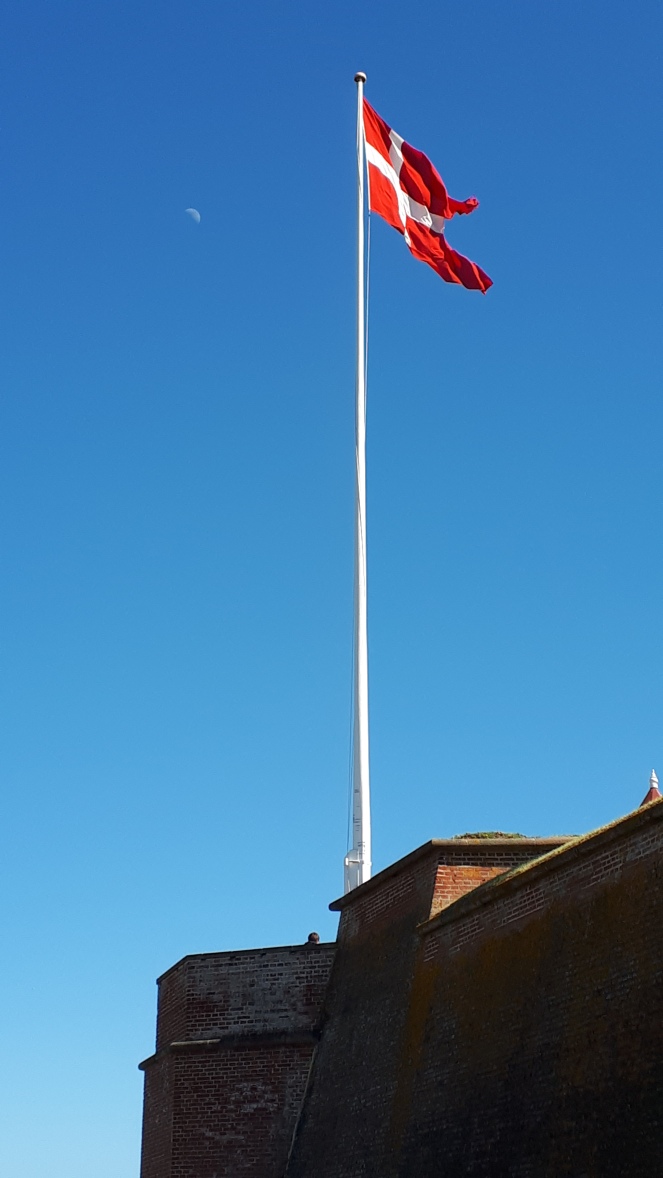 Legends say that the flag fell from the sky during a bloody battle, and that it changed King Valdemar II’s luck, who finally won the fight. True or not, the Dannebrog is considered to be the first official national flag. (Yay Denmark!!)

The white stripes across the bright red represent the Scandinavian cross (also known as St-Olaf’s cross) that can also be seen on the Swedish, Norwedian, Finnish and Icelandic flags.

Danes have a great respect for the Dannebrog, and the official flag can only be raised in the sky on special holidays. On these special days, the flag has to be hung after sunrise, and taken down before sunset. And there is a very noble protocole followed to handle the Dannebrog.

If you visit Denmark, you’ll see the flag pretty much everywhere anyway, just in subtle variants; flags with pointy ends (like the picture above) and a narrower but longer version too… That apparently allow to fly Denmark’s colors day and night and seven days a week without breaking the rules.

I couldn’t blame Danes for their patriotism.

Personally, (that won’t surprise anyone) seeing the Dannebrog flapping in the wind is always a heartwarming sight. And someday, when covid-19 allows me, I’ll get it inked to my skin, as an ultimate homage to my beloved great little country.