I was invited (well, not personally, but still…) to join the Fandango’s Friday Flashback!

Fandango scrolls back, every Friday, and gives a second chance to a post he had published on the same date the year before. I thought it was a great way to remember some of the stuff I did a while back, and I decided to participate…

So here it is!

Previously posted on August 23rd of 2017 here is a piece of silly humor in the life of two-years-ago me!

If you have a cat, you know all cats like their routine. If you don’t have a cat, well, take my word for it!  Cats are living, fluffy clocks that eat and poo.

Part of Miss Freja’s routine is to get a little plate of catmilk in the morning. It has to be served in the living room, so she can keep an eye on my morning blogging. Now, I know some of you might have tripped on a word here, just as I did myself, the first time I saw it on the grocery store’s shelf a while back; Catmilk. 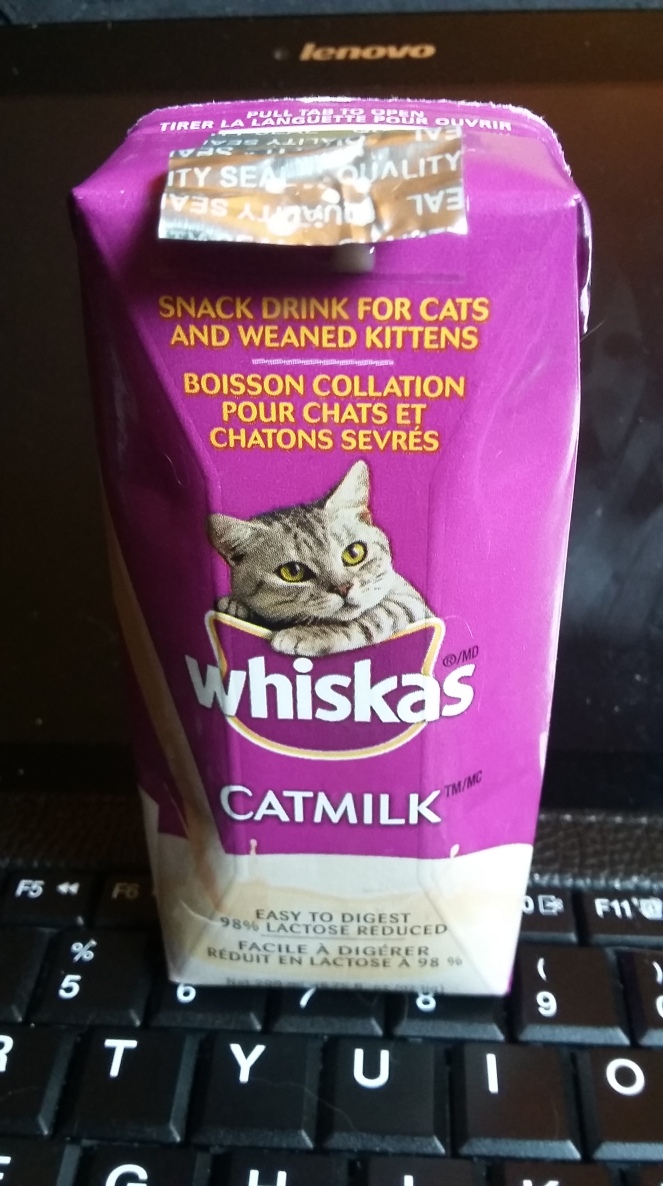 I remember how I prayed to God it wasn’t actually cat milk, because that would have been creepy. Imagine how many cat mommies would have been necessary to provide us with whole cases of milk?? And I didn’t want to imagine the poor things being milked!!

It isn’t. As a matter of fact, it is cow milk (I suppose, as the label only mentions “milk” – now my doubt is back) added with all kinds of healthy (I hope) stuff… So basically, it’s milkshake for cats. Or smoothie, yeah, smoothie sounds healthier!

So, as soon as I get up, wether it is my own will or Freja’s, I am expected to take a small plate of catmilk to the living room for our furry master to enjoy.

But today, I changed the plans! No warning… at.all!

And here’s what evil me did:

OMG! The distress in Miss Freja’s eyes!! If only she could have spoken, to shower me with all the questions that popped from this routine violation… Why???  Why, oh why had I brought the milk carton in the bathroom????

She looked as if she kind of remembered what the purple thing on the counter was, but couldn’t figure what the heck we were doing in there?? Feline confusion at its best, let me tell you!

I took the bottle, and put it on the ground, assuring her that she would get some as soon as I’d be done with what I had to do. Freja entered the room slowly, obviously gauging some possible traps or dangers in the now totally unknown bathroom. She circled the purple carton a couple of time, from a distance, as if it was a land mine, and then she rushed back outside the bathroom’s limits, where life seemed to be that much safer, and she waited for me to stop the madness, sitting in the corridor.

But don’t worry for her.

I poured her a plate-full of smoothie right after that, and she is purring while sipping it as I type this. Everything’s back to normal, now… This crazy incident is behind us, and with a little luck, I won’t have to pee before tomorrow morning’s serving!