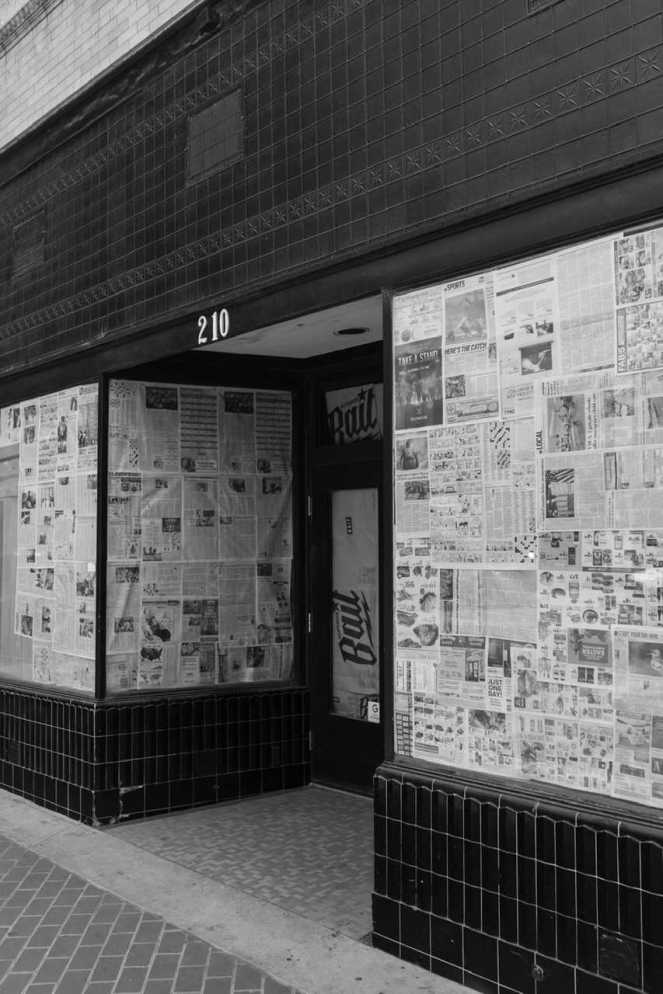 She was sitting on the bench in front of the store when the old lady slowly walked her way.

You young lady aren’t from the neighbourhood, are you?? I would know, I lived around the corner for the last 73 years… I’ve pretty much seen everybody here either get born or die. And I would have remembered that pretty face!

The granny sat beside her.

The elder woman grinned, obviously happy to have a fresh pair of ears for her local gossip.

Just look at this store… It closed down, last week. I didn’t know the owner very well, the man was from out of town and had bought the place about a year ago, when this old friend of mine decided to let it go…

She looked at her cell phone, hoping it could ring, saving her from the unrequited conversation.

… It’s really a shame for his employees. Sharon was always so nice with me when I came shopping. But he was a bit greedy. Well, how would you explain that he only employed ”challenged” (she used her knotty fingers to emphasize the word) young people? He probably paid them minimum wage to make more money himself…

She thought about just getting up and leaving, but she wasn’t rude.

… I only met him once or twice. Looked like a really cold man to me. He ran the grocery store, but never dared to come to live in the area. We’re a modest neighbourhood, I’ll give you that. But still… It would have saved him the stress of traveling from his fancy house to here, and back wherever he lived….

She bit her upper lip, nervously.

… I heard the police found him dead in the backstore…

Finally she spoke up.